Such a plaited yeast loaf with rhubarb is in the warm weather just delicious. Another advantage is that you get rid of the last rhubarb that may still be in the fridge. But we still have it after the rhubarb season, because we always have a stock of it in the freezer. So you can also make the rest of the summer great rhubarb pies and dishes. For example, for the next barbecue a delicious rhubarb BBQ sauce. 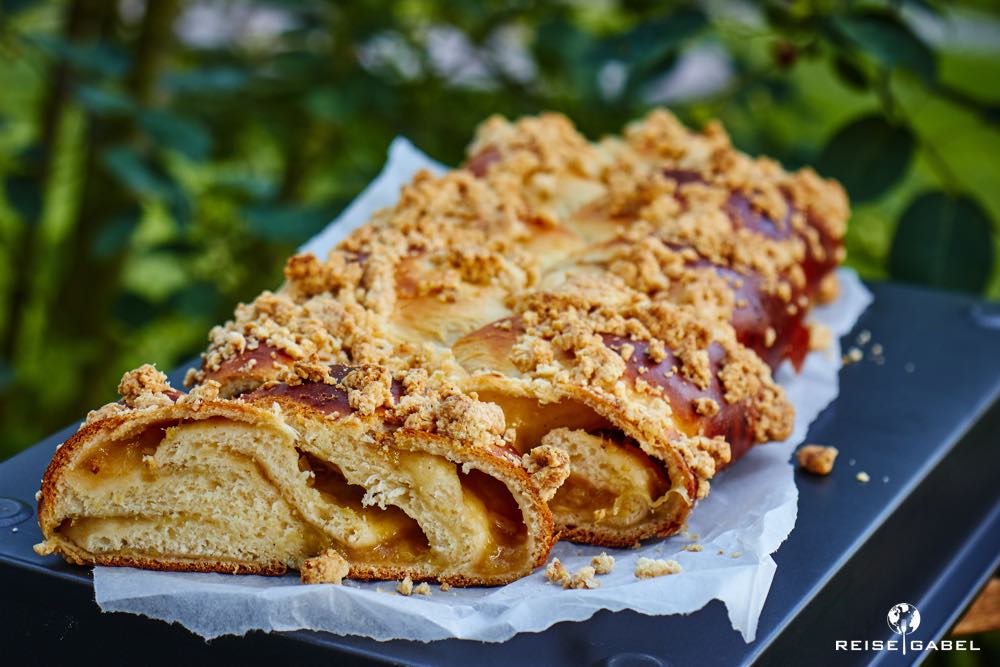 For the recipe, you can either cook as described a delicious compote, or you still have the leftovers from the rhubarb syrup. You can also use it very well for that. No matter what is taken, it’s just a delicious “cake”.

For the Yeast Dough: 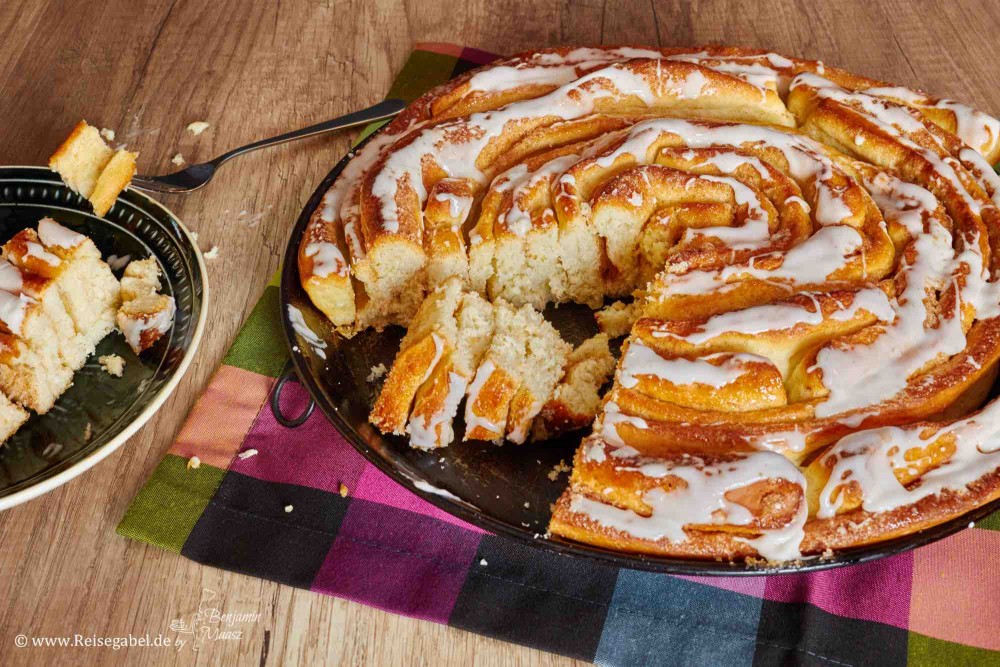 This weekend there was again time for something from yeast dough. The special is only that I have not done anything sweet this time and I present a totally delicious recipe for potato rolls now.

The rolls are totally airy and especially tasty. The whole course fits perfectly with a nice barbecue or just a fresh lettuce. The next day they are still super juicy. Who wants all have something aromatic, can refine the dough with a few chopped herbs.

I myself was more than pleasantly surprised by these rolls. I have certainly not made them the last time.

Who can make a yeast dough, can make this delicious bun. Perfect for grilling or just plain. Give it a try.
Menüfolge Bread/Bun
Zubereitungszeit 20 Minuten
Kochzeit 20 Minuten
Gesamtzeit 41 Minuten
Portionen 12 Pieces

Tasty little cinnamon rolls with pecans for coffee break or in between.

As I already shown in the last few weeks, you can make many delicious things from yeast dough. This weekend there are some rolls from the same dough. Delicious juicy cinnamon rolls, the sugar is slightly caramelized outside and the nuts give an extra crack. Of course, you can also fill the rolls with any other sort of nut or even add chocolate pieces. 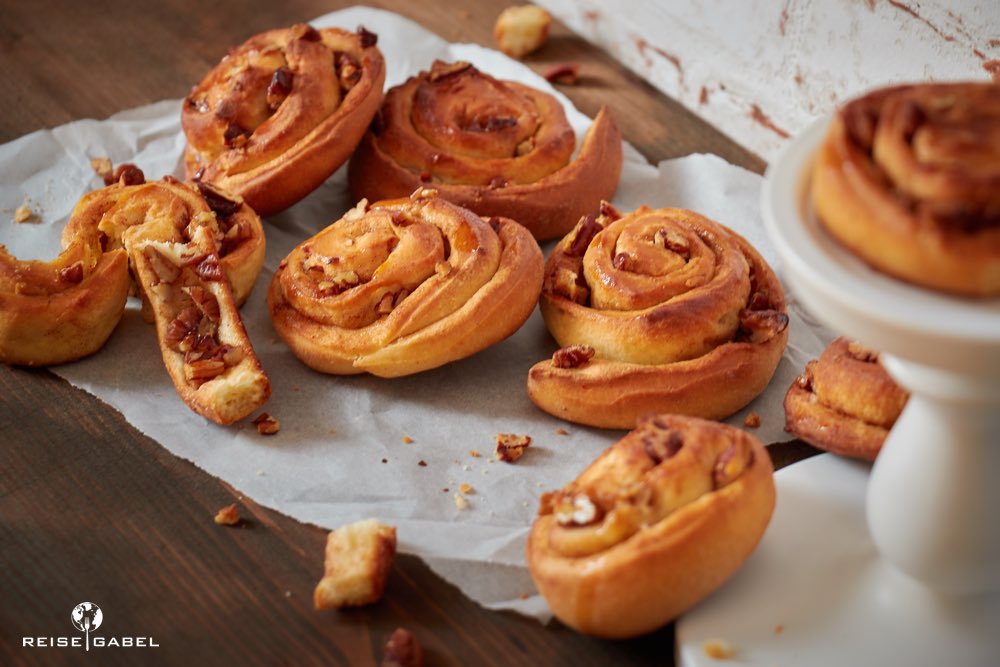 You can make also some more dough and then make a striezel and a few snails in one go. So you simply have a tasty selection on the coffee table.