From San Francisco via Napa Valley to Monterey

From San Francisco to Monterey is Napa Valley a detour.

After three wonderful days in San Francisco the next target on our map was Monterey. From there, we wanted the next day down the Highway 1 to Los Angeles.

After a long think and research on the internet we decided for this section of Highway 1, since it is supposed to be the most beautiful between San Francisco and Los Angeles. But more from this in one of the next reports.

Driving on the normal highway from San Francisco to Monterey course takes no whole day. Even if you want to do the 17 Mile Drive, you have enough time. However, we have planned a bigger detour through the Napa Valley and therefore we start very early in the morning.

This decision was just right. There was not much traffic and we drove in the sunrise and fog over the Golden Gate Bridge. Of course we had to stop after the bridge because of this fascinating weather. It was in short clothes quite fresh, but there were taken some nice pictures. 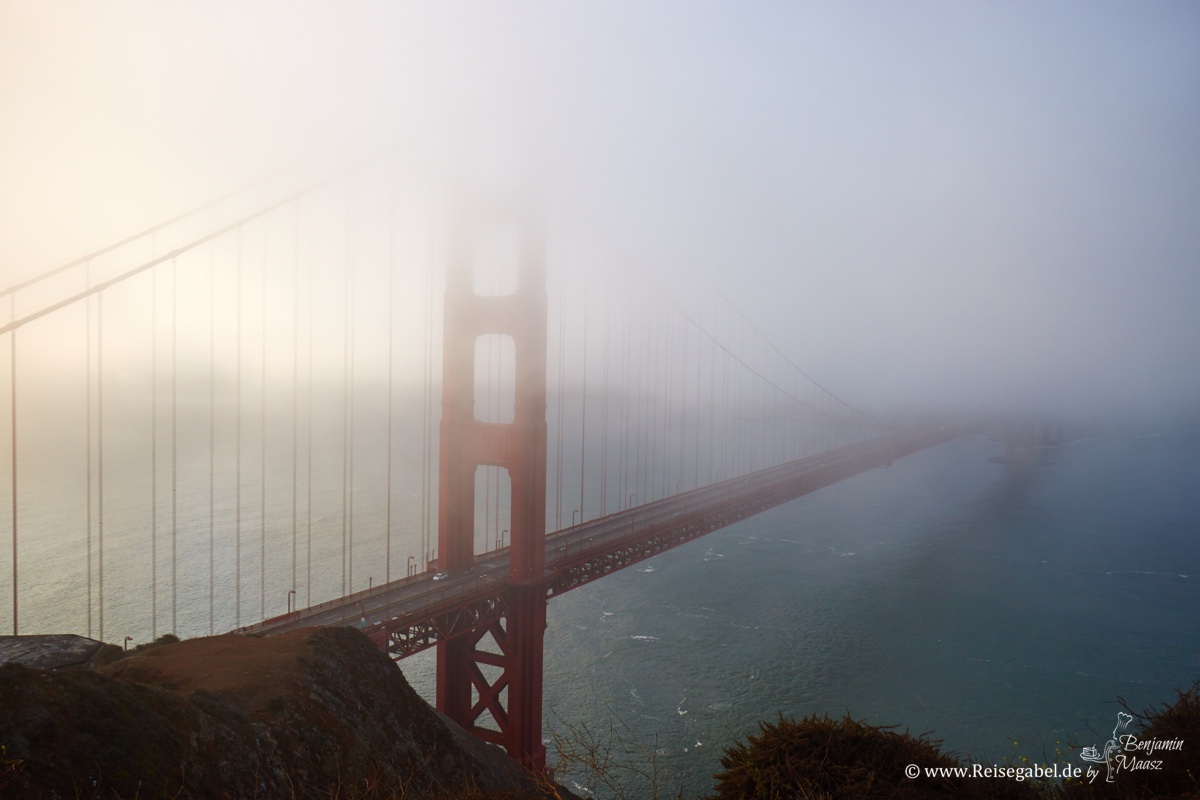 After that the Welcome Center in Napa was our next destination, we had absolutely no plan what there is to see in Napa Valley. Sure, there are wine, but where can you look at something more precisely, what it costs …. such questions had to be clarified first time. We were really early and go 10:30 am in the Visitor Center, which already opens fortunately at 9 am. There we stocked up with lots of leaflets and flyers. The friendly staff have us explain a few things so we were prepared for the Napa Valley.

In the car we first folded the plan apart and made us a game plan. I have no plan when it comes to wine and I did not care. My focus was on time, after all, we still had to go to Monterey and the 17 Mile Drive there was in the evening on the program. My wife has then become familiar with the wineries, prices and opening times.

On the way to the north we have chosen a smaller road, the Silverado Trail. The big one, the Saint Helena Highway, we wanted to take on the way back. After a short detour to Lake Hennessy, we were ready for the first winery, the Rutherford Ranch Winery. The decision for exactly this was purely a gut decision. There we have made the first and only wine tasting in Napa Valley. It was still before 11 am, but what can you do 🙂 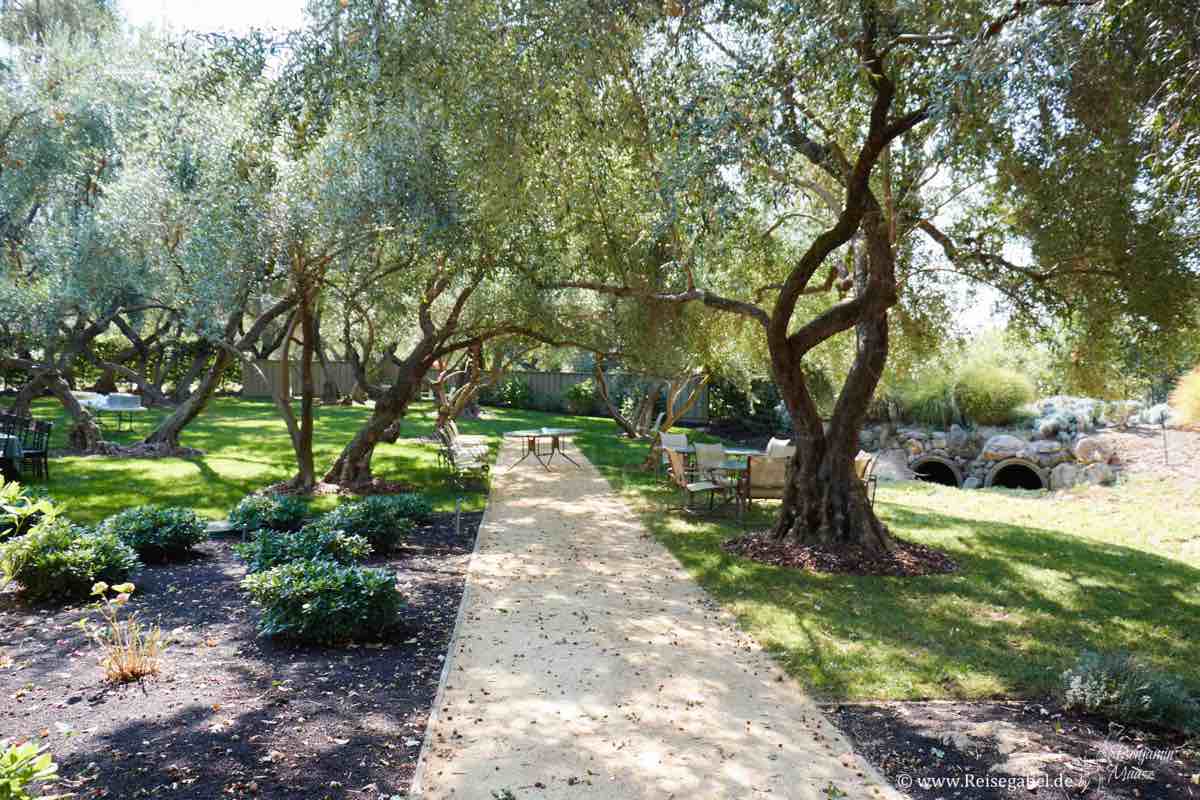 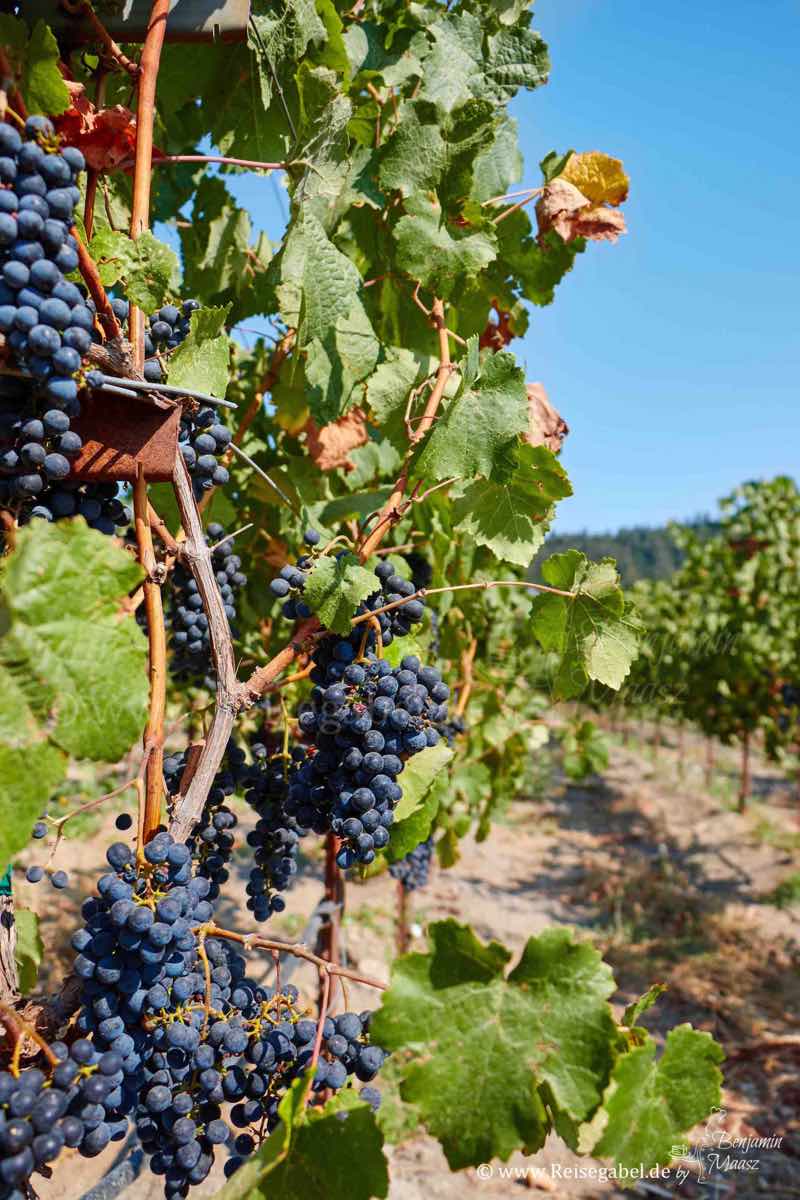 The wine was delicious and the funniest of the whole thing was the employee who is in fact born Swiss woman and has lived a short in Germany. Her German was indeed no longer the best, but she was happy to speak German again. Through her we also get again a few tips for the onward journey.

We decided nowhere else something to drink and had only three other stops in the Napa Valley. The first stop was at the Castello di Amorosa, a castle in the middle of the vineyards. Although the whole thing looks really great, but it’s only a few years old and was built there by a millionaire. The stones for it were specially imported from Italy. We are even running around, and then drove back. Alone to come in a decent amount has been demanded. Wine tastings would then again cost separately. But the whole thing pays well, because no other winery were as much crowded as there. 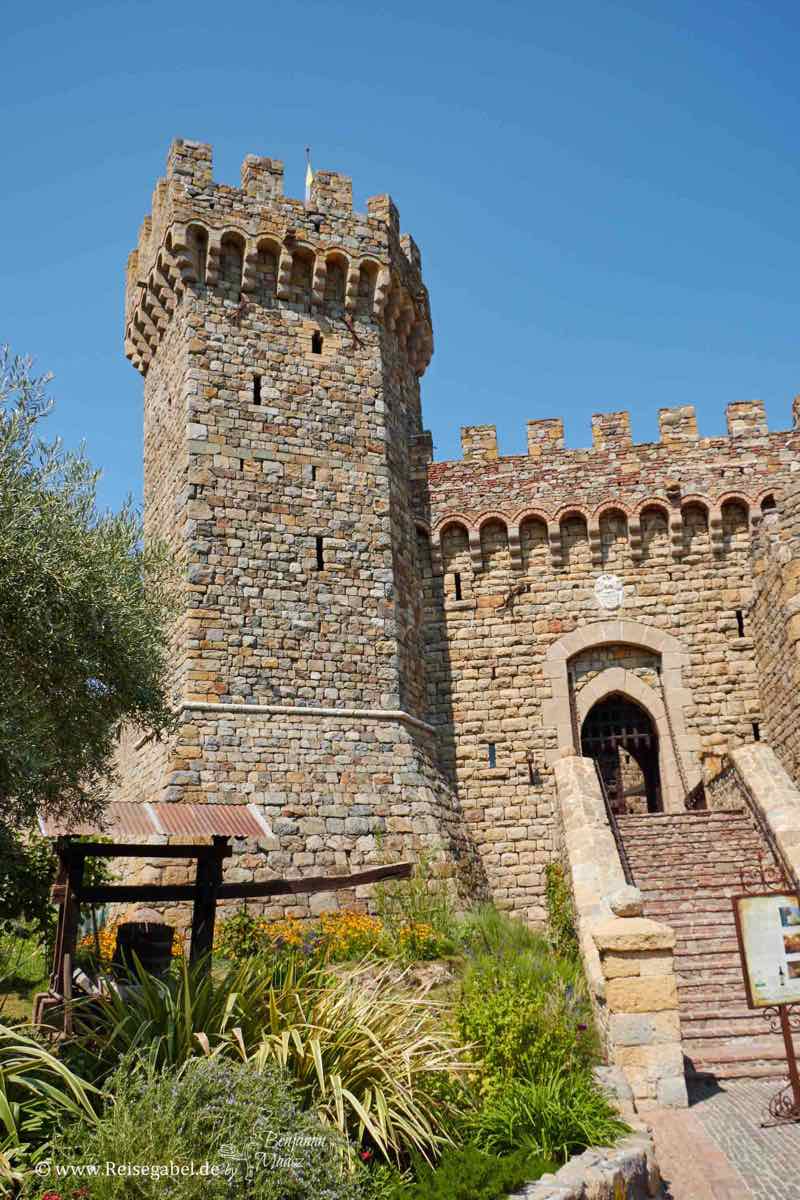 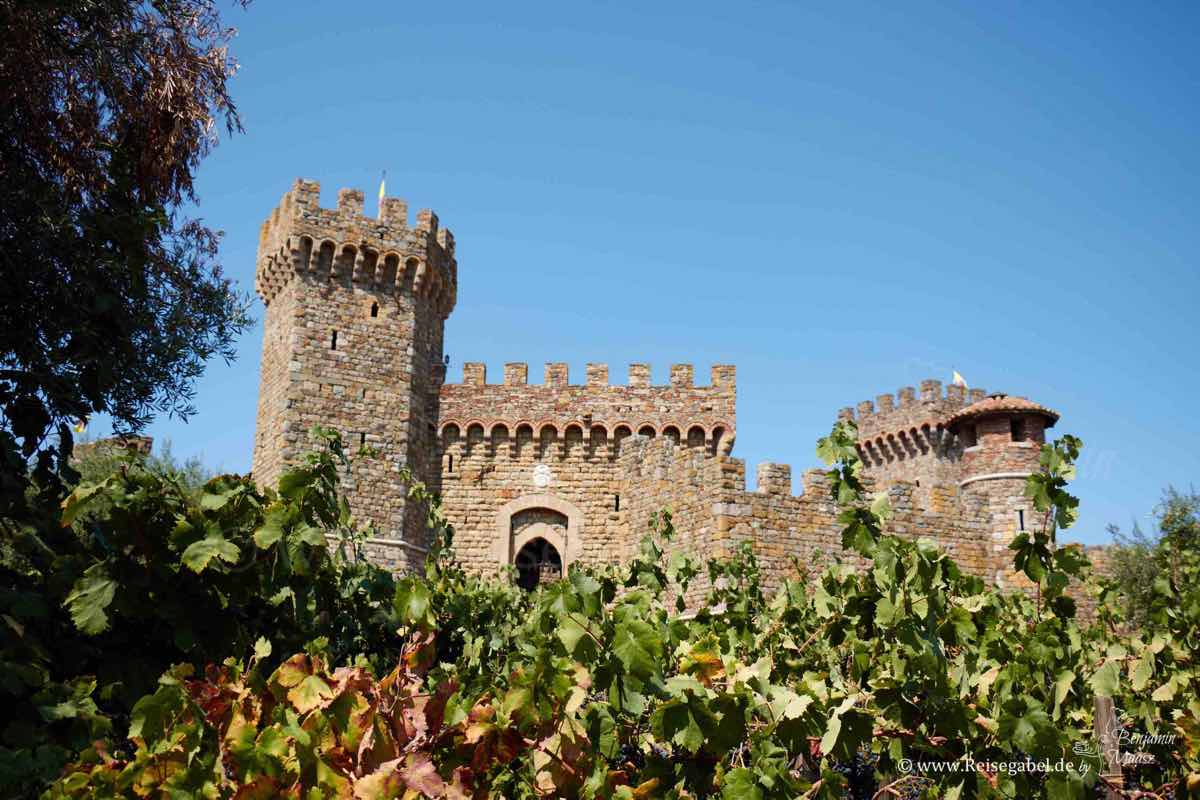 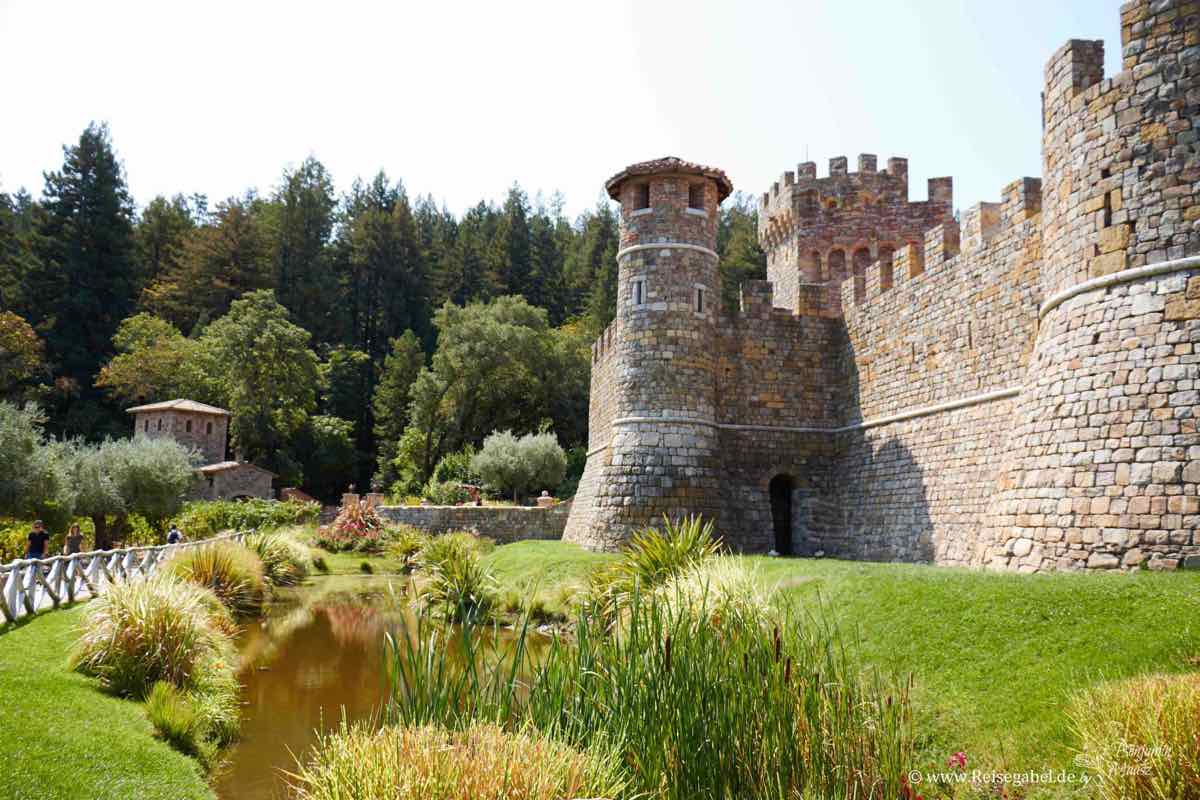 Then we went short to Opus One Winery and Robert Mondavi Winery. For me, the wineries were just like any other, but the experts know it better. Robert Mondavi probably makes quite god wines and Opus One should be one of the best wines in the United States.

From there we went directly to Monterey. First you still driving on the normal highway, but the coast is approaching. In Monterey arrived, you feel already this charm of a seaside town.

Before sunset we drove along the 17 Mile Drive, certainly the highlight when you are there. But for this comes next an extra report with great pictures.

After the check in at the motel we went down to the harbor and have a great dinner in one of the numerous restaurants and eat delicious fish. 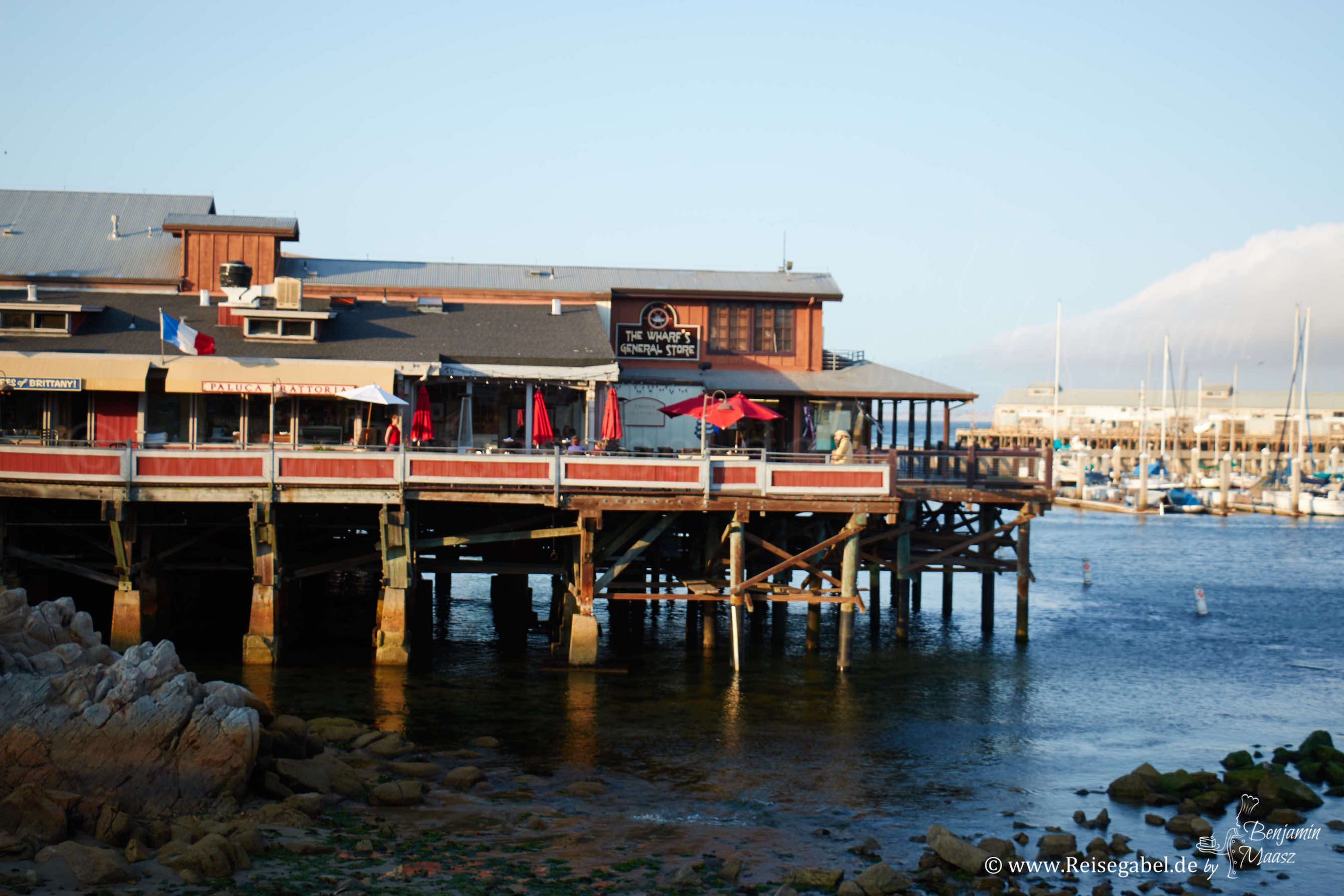 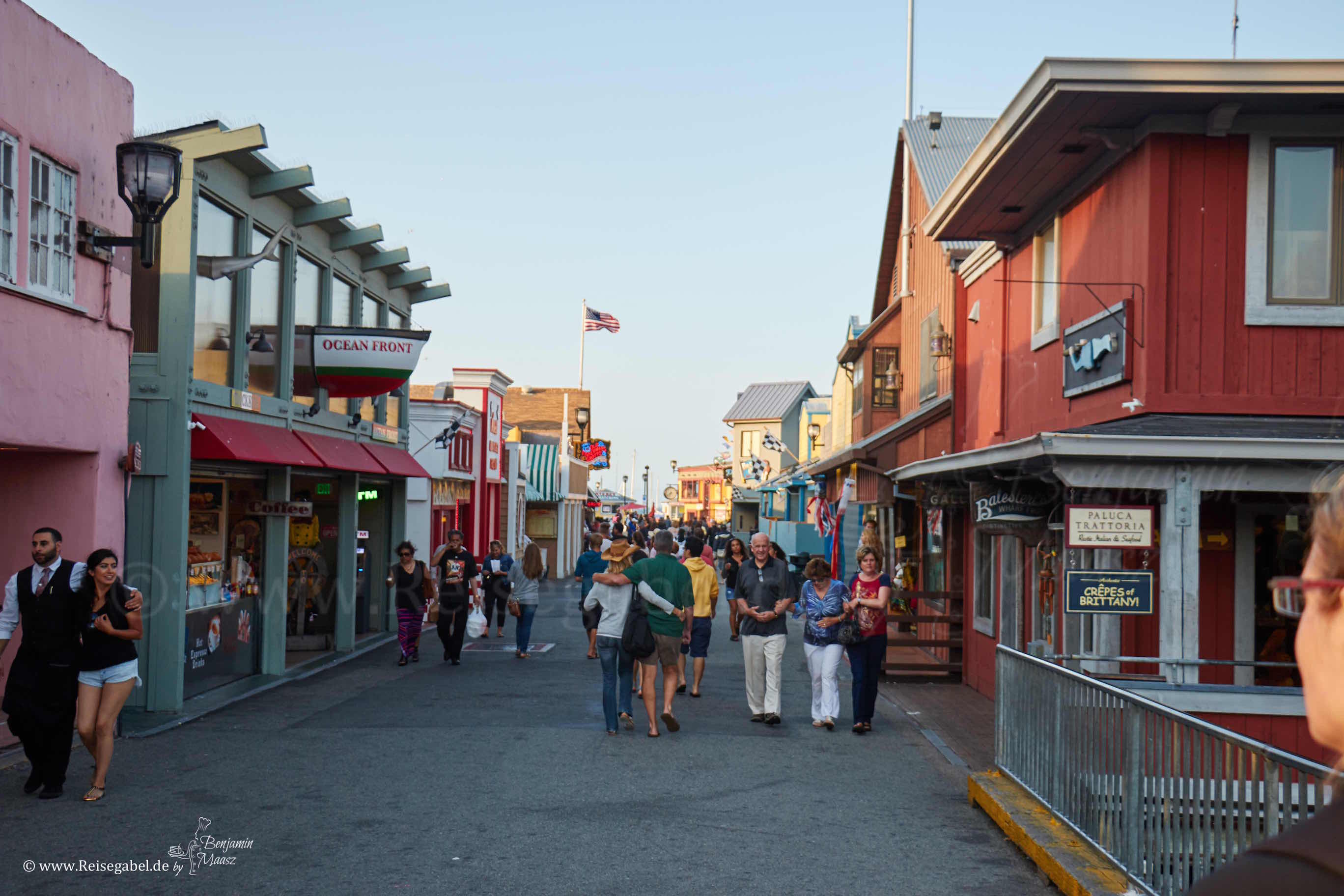 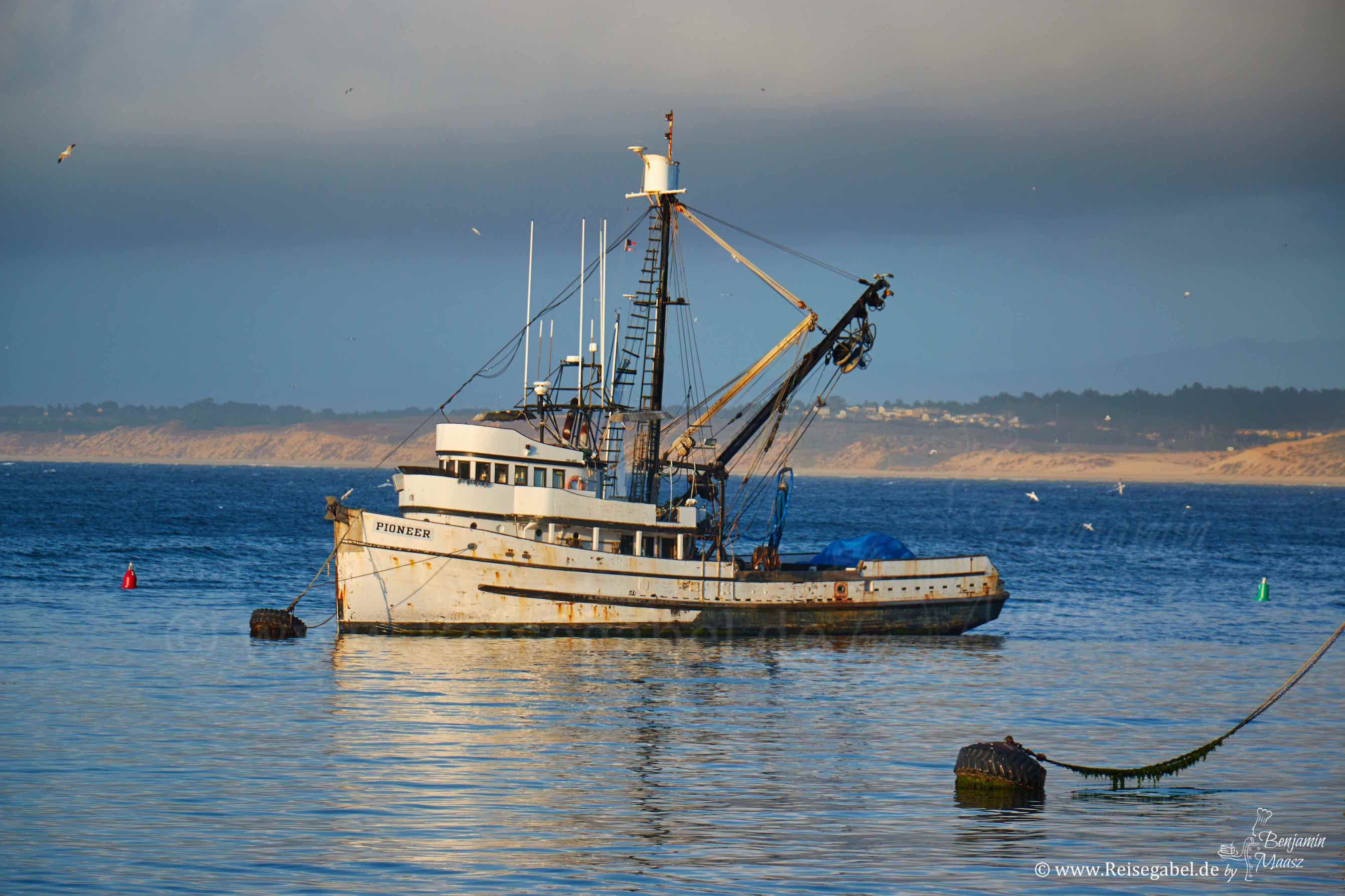 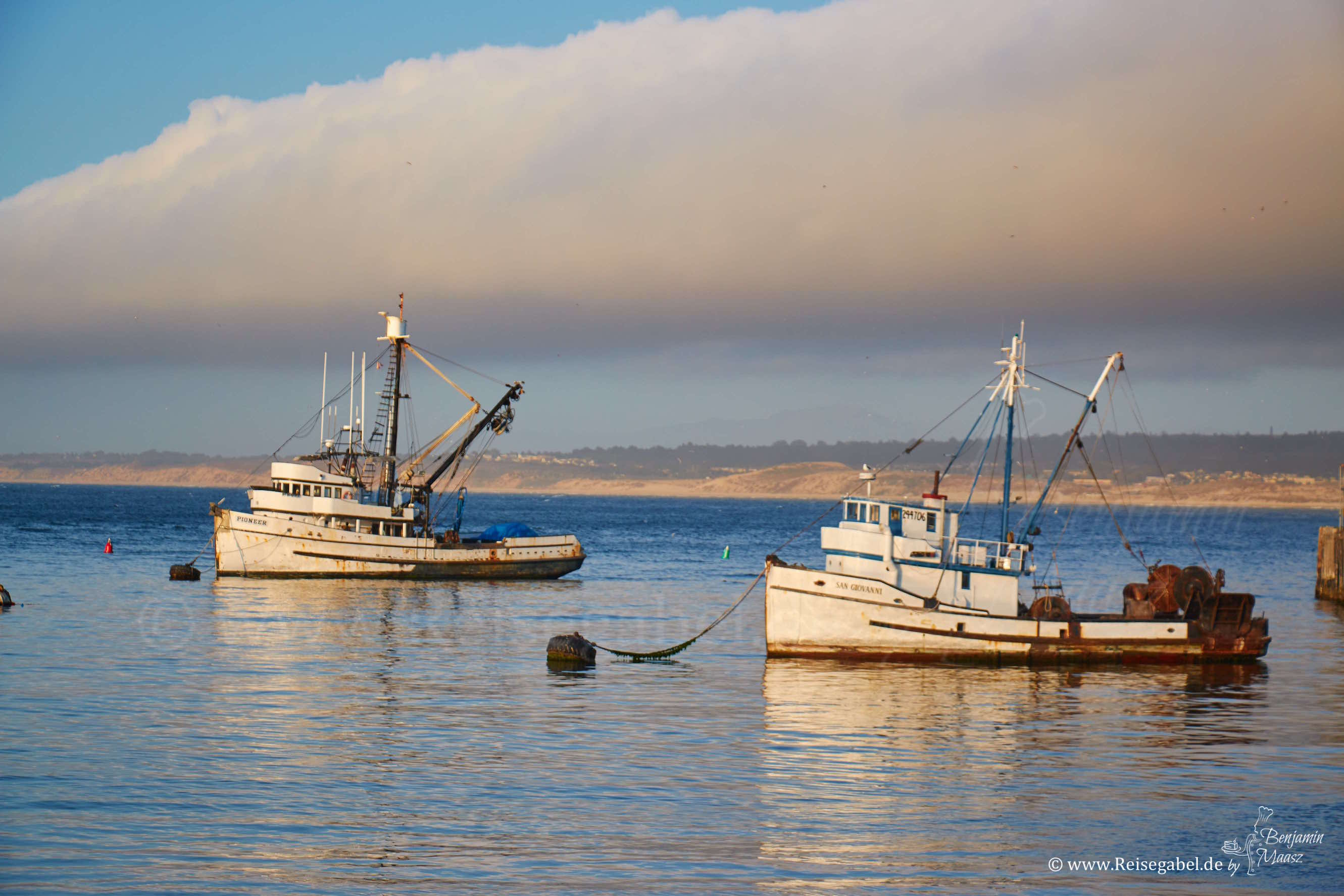