On Friday 9th of October the austrian people Rock’n’Roller Andreas Gabalier gave in the sold Barclaycard Arena in Hamburg the 13000 visitors a great concert.

Shortly before eight began the opening act “Bluma” to heat slightly the visitors. The arena was not yet really filled and even mood was not right on. The band tried to inspire the audience, but that’s not really succeeded. I personally do not like it so well. The band also played only 15 minutes and then went quickly from the stage.

After waiting a short conversion and about 10 minutes the actual concert going on at 20.20 clock. Even right at the beginning you could tell that was the whole arena in mood. Andreas Gabalier has managed from start to inspire the hall until the very end. The whole concert is managed without major frills, he needed no big show to convince.

He skilfully varied his title in order to bring an absolute party atmosphere and back some peace inside. This was not bad for the whole concert. To fuel the mood after a rugigen song it was enough to announce the title or “now all hands in the air” and the atmosphere was already right back in the arena.

Andreas Gabalier played songs from his latest album Mountain Man also some old ones like “I sing a Liad für di” or his theme song for the World Ski Championships “Go for Gold”. In some quiet songs he played without a band alone with the piano or the accordion.

After about an hour you have looked for the first time at the clock and wondering when the break comes. Eventually it was then in the thought that he will probably play without a break his 90 minutes, then an addition and is then finished. But Andreas Gabalier has played 2.5 hours!!! concert included all additions without a break. 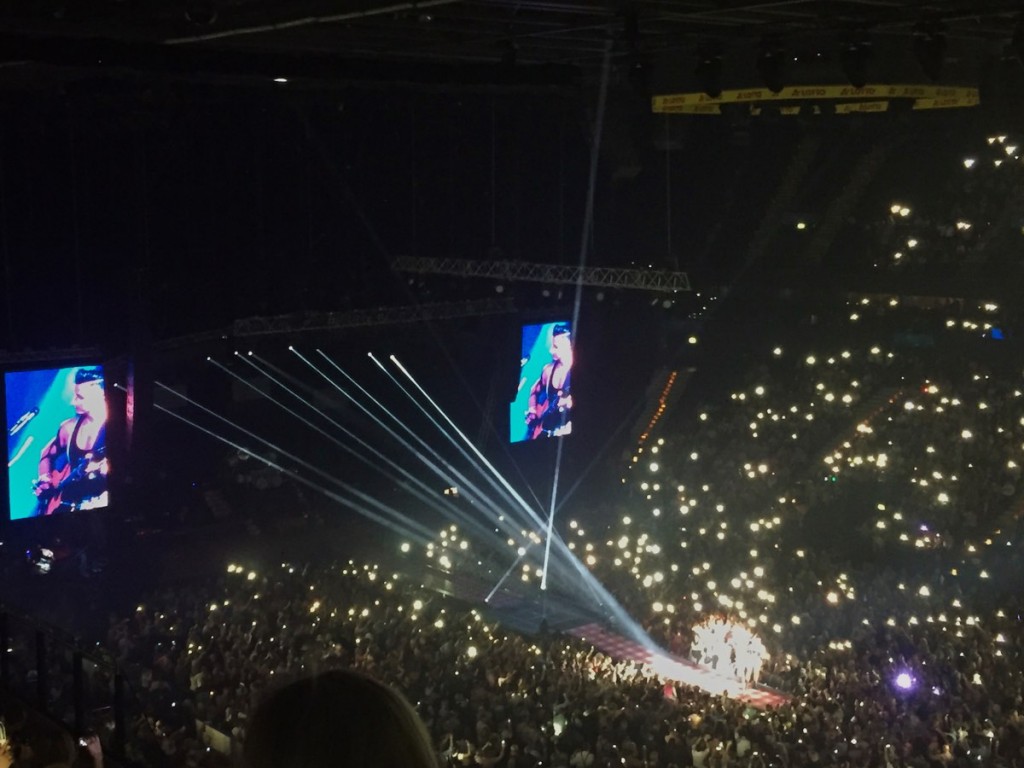 The concert was also not drawn through long speeches or other in the length between the songs. Andreas Gabalier told one or the other story, but it was never long-winded or even boring. One of the highlights in addition to the songs was surely the give away of 5 free tickets for his concert in Munich’s Olympic Stadium next year. He had 5 cards and for each bra on stage there was a free ticket. In the beginning no one wanted to really throw his bra on stage, but after a short wait were flying more and more. Even when all 5 cards were gone, they came yet flown. The best spell of Gabalier when he had lifted a bra was: “Ui, this is still quite warm”

As a conclusion, I can say that even if you not listen Andreas Gabalier daily, it can a well-liked at the concert anyway.